The roughs for the two films show my usual storyboarding process — a very simple one: drafting the whole camera angles and compositions in very tiny frames, on the fly, during live discussion with the director or over the phone — these where done over the phone and the help of very precise visual and written notes, so you’ll notice very little difference with the final boards. 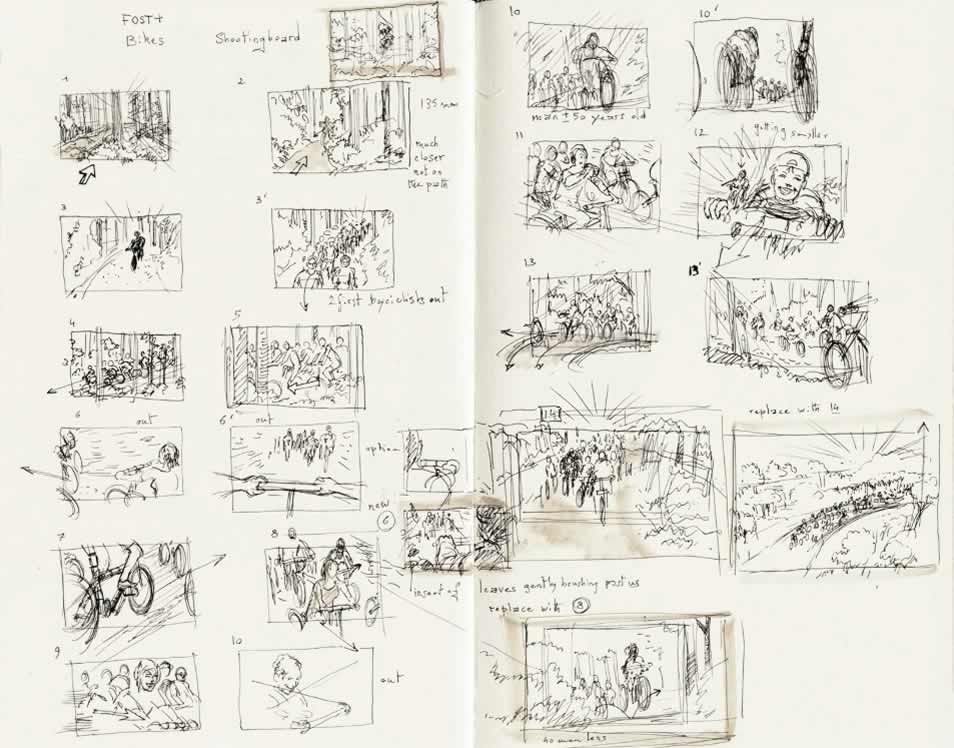 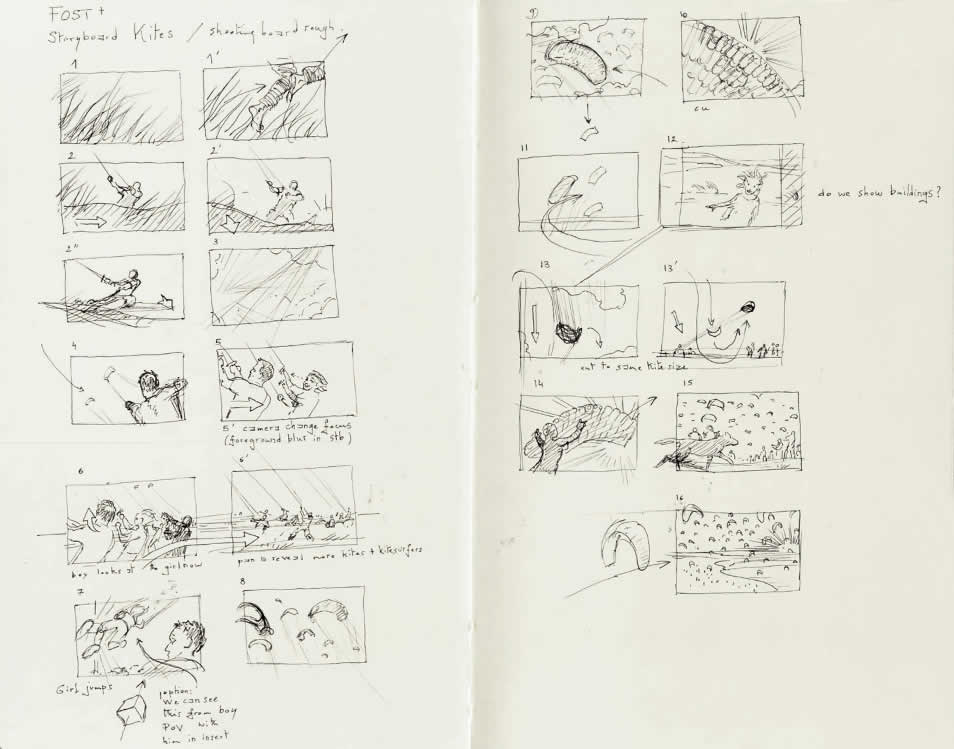 In this case a double page holds an overview of each 30 seconds film but there are instances where you would need an entire sketchbook for a single story.