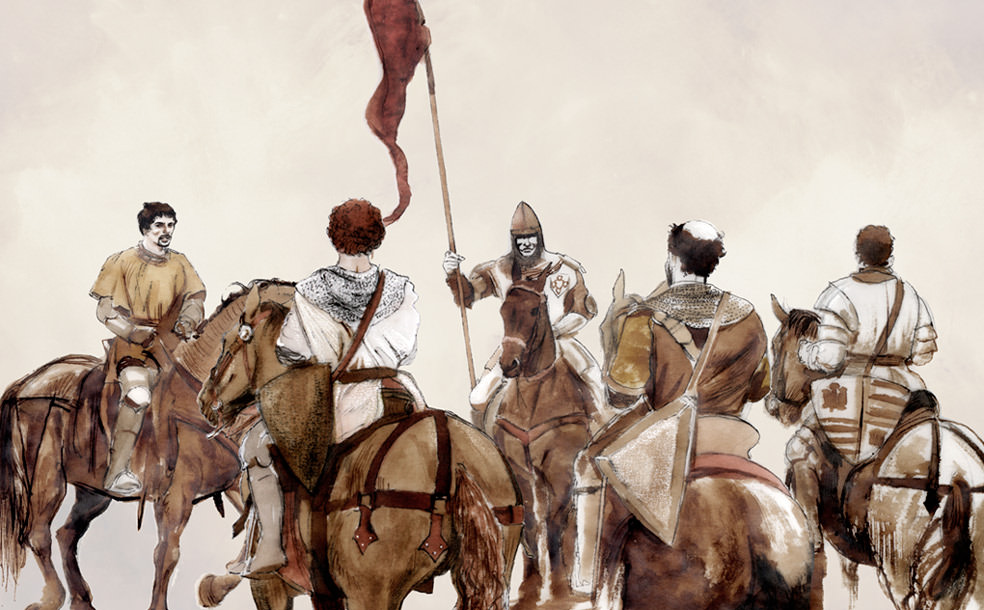 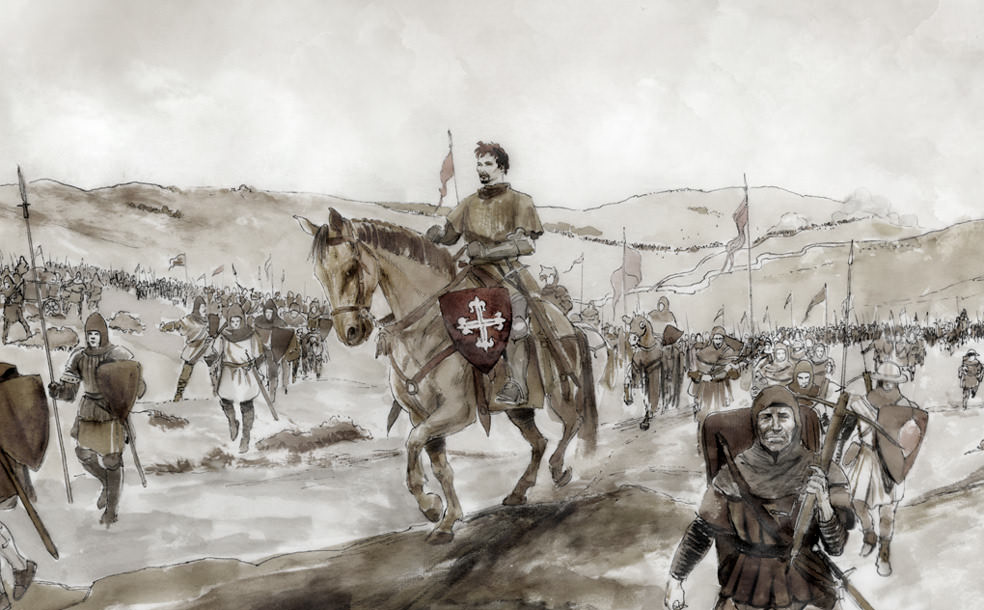 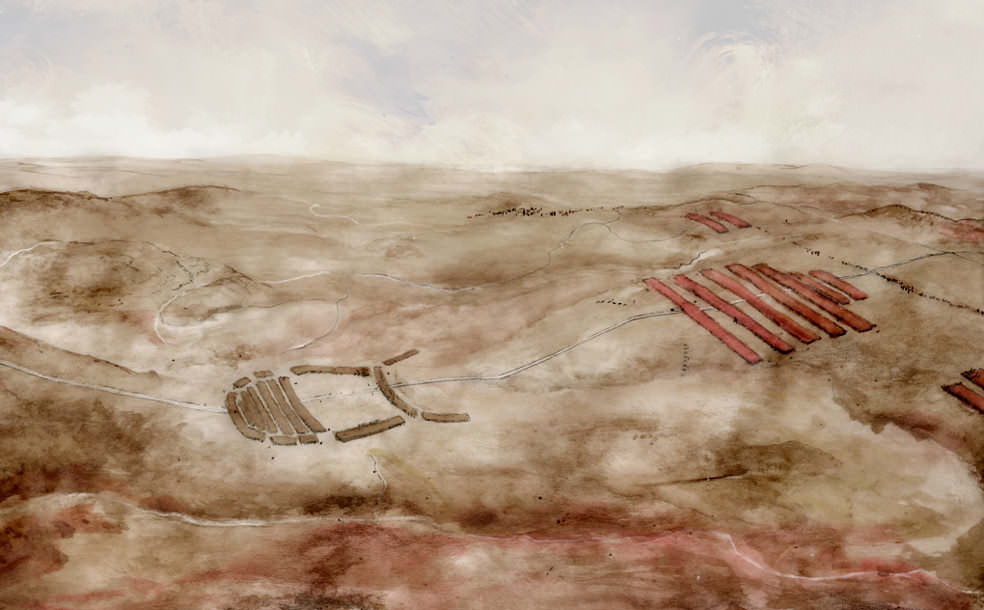 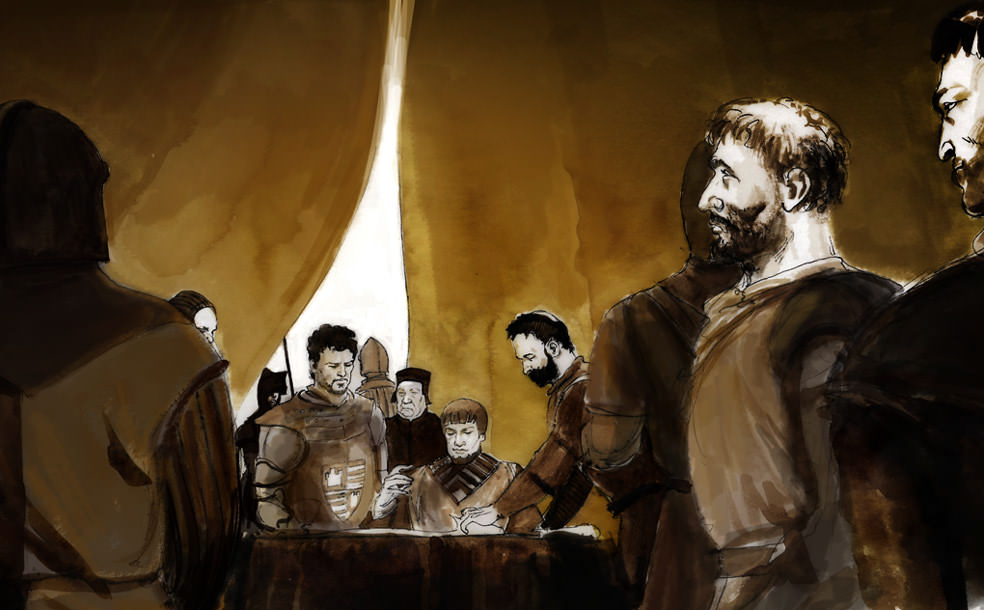 Tent of John I of Castile, before the battle 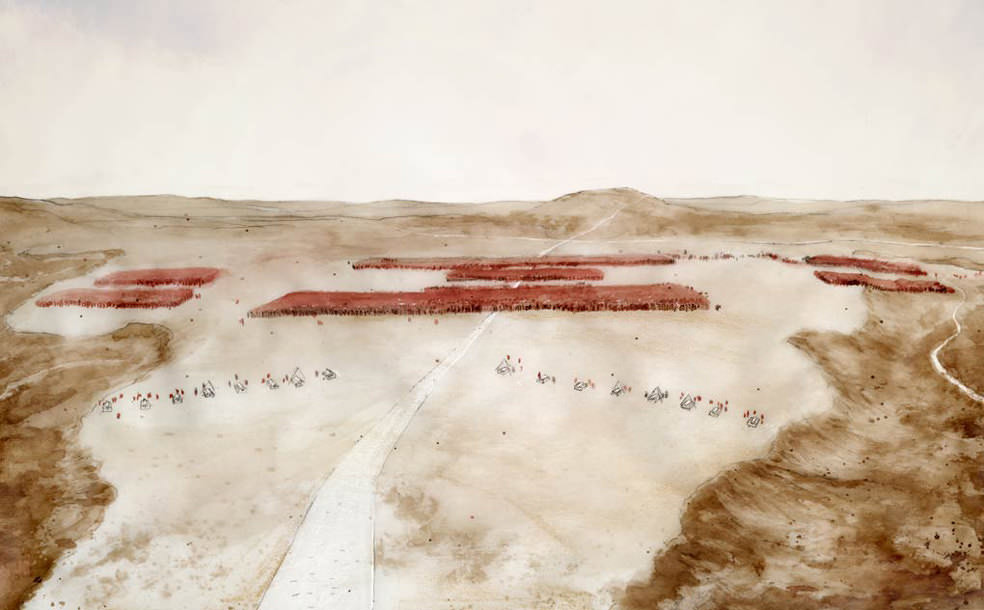 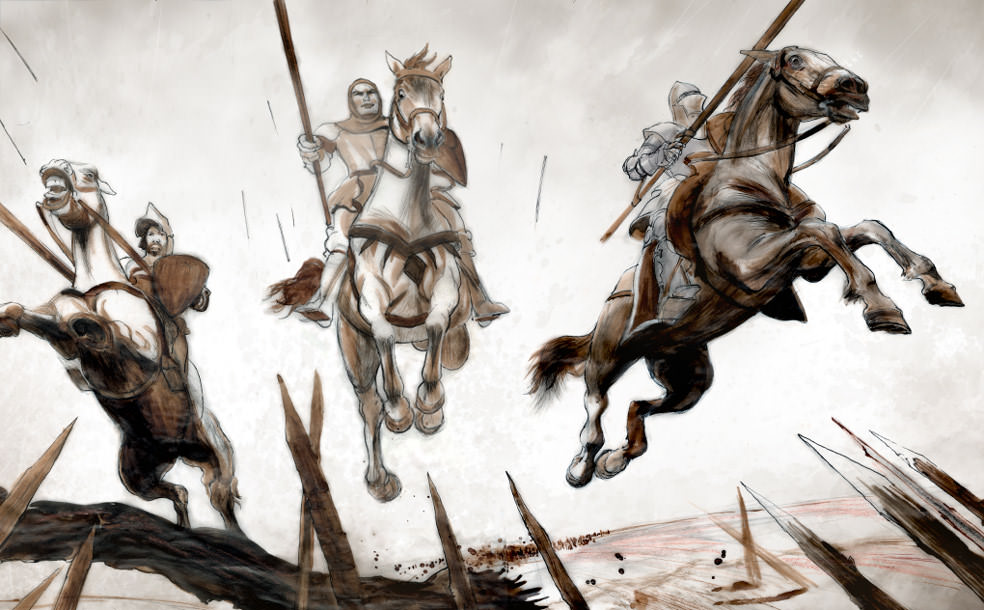 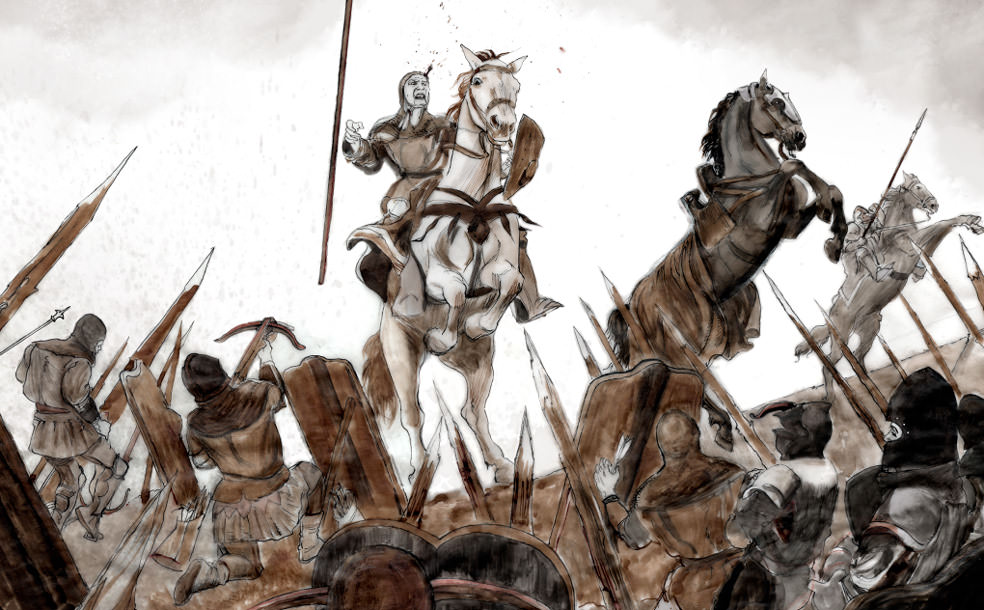 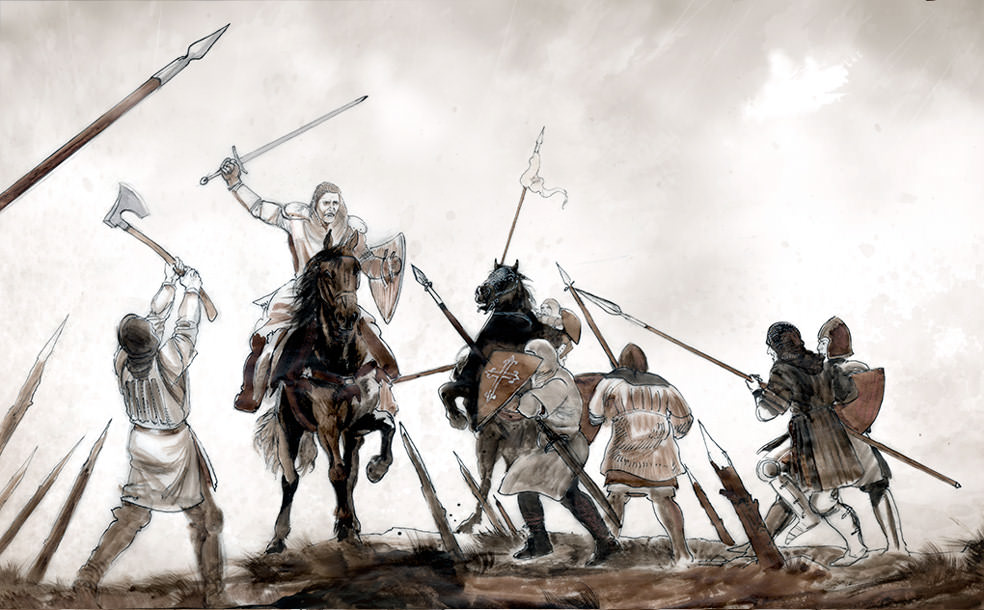 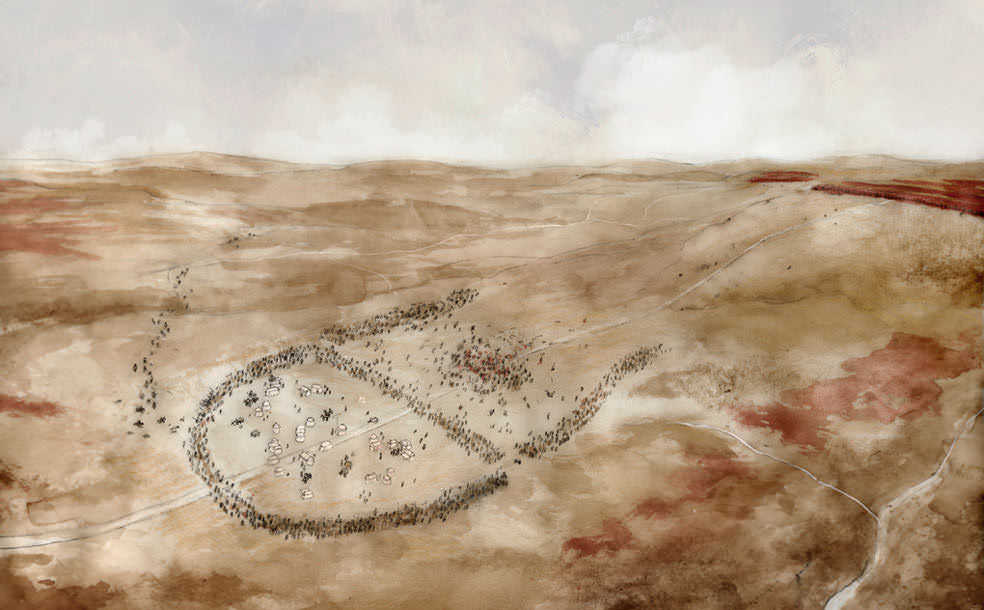 Portuguese troops formation with archers on the aisles 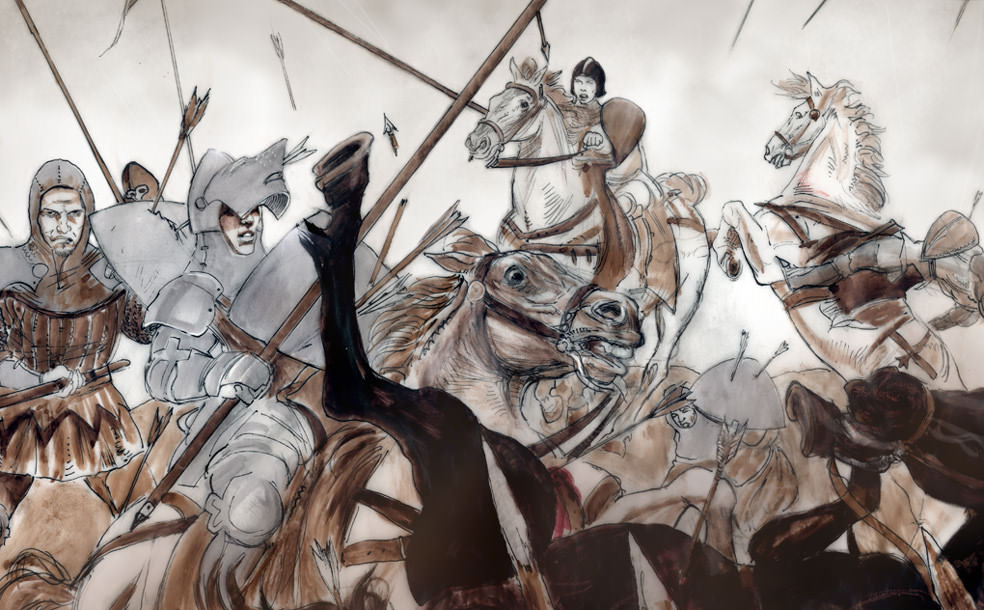 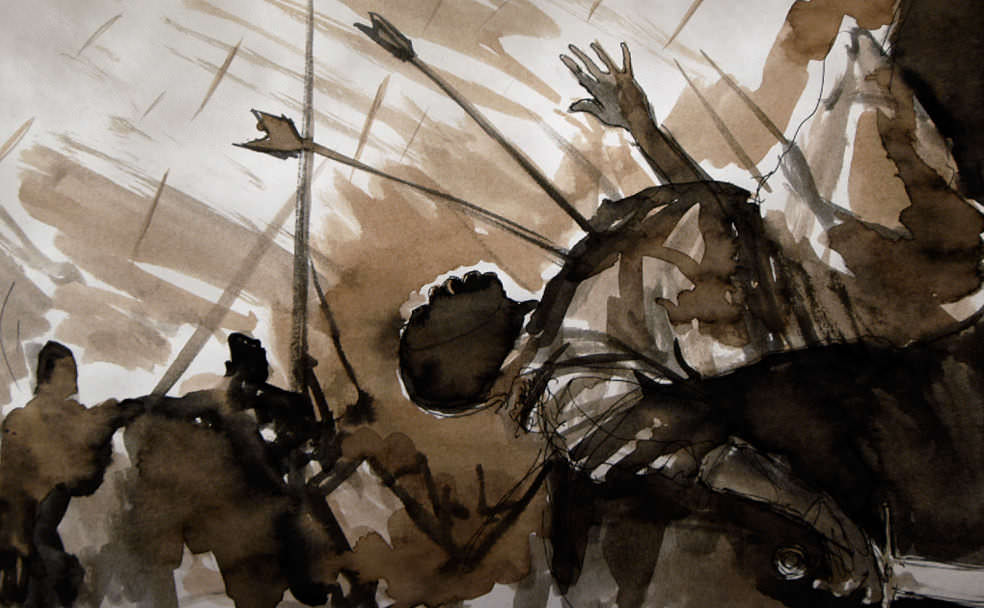 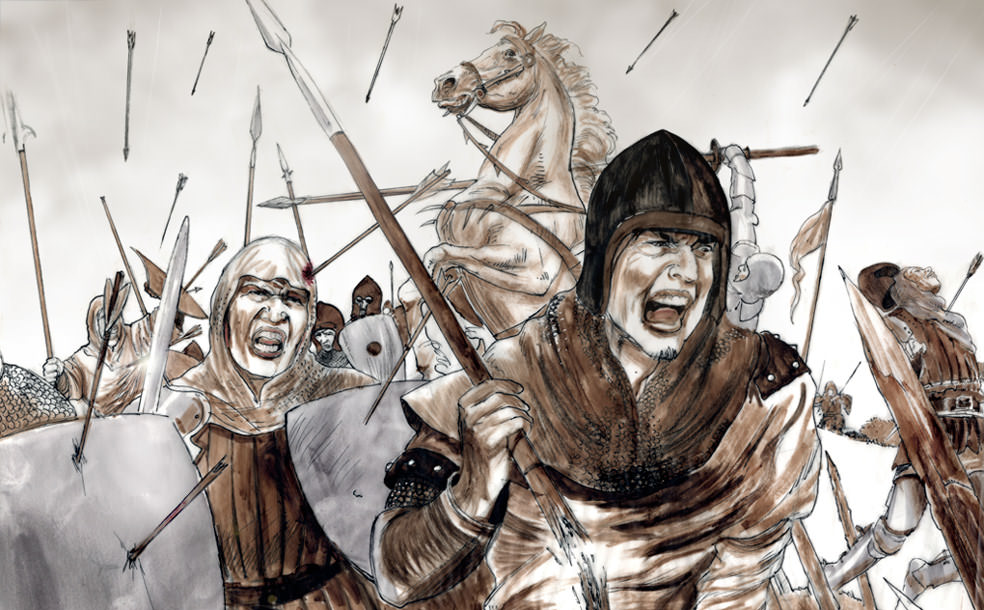 Dismounted noblemen fight for their lives 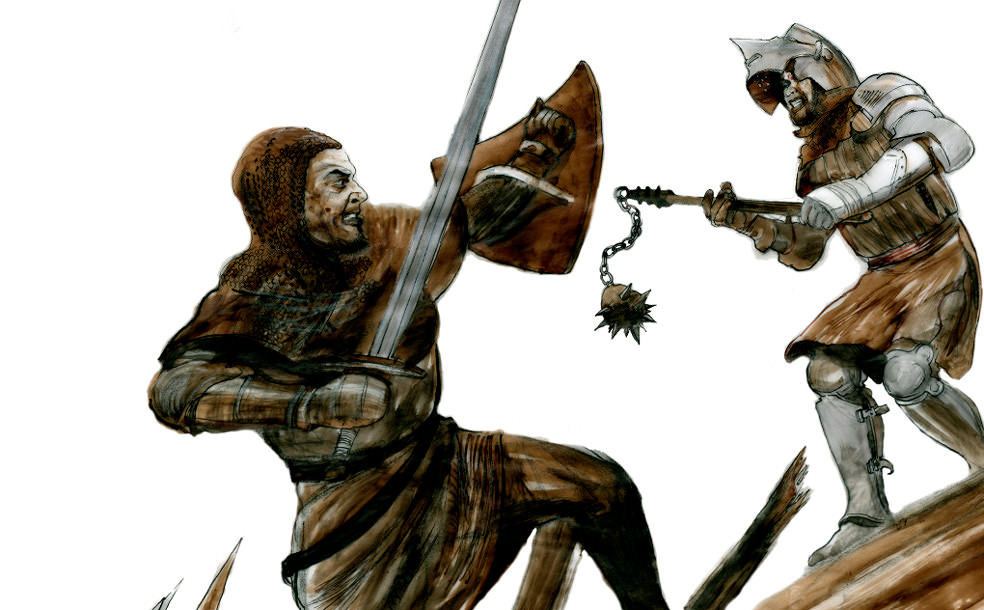 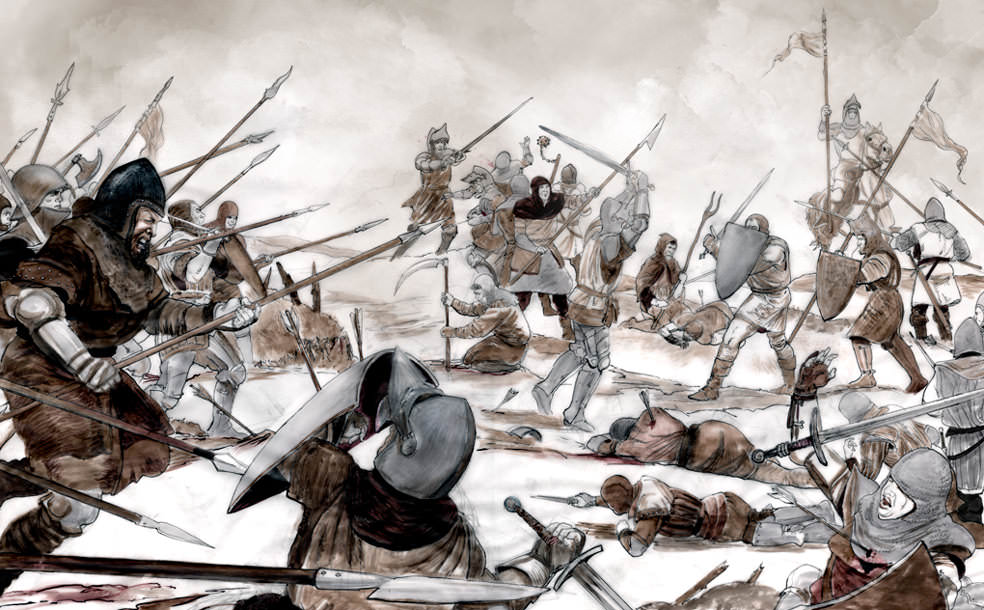 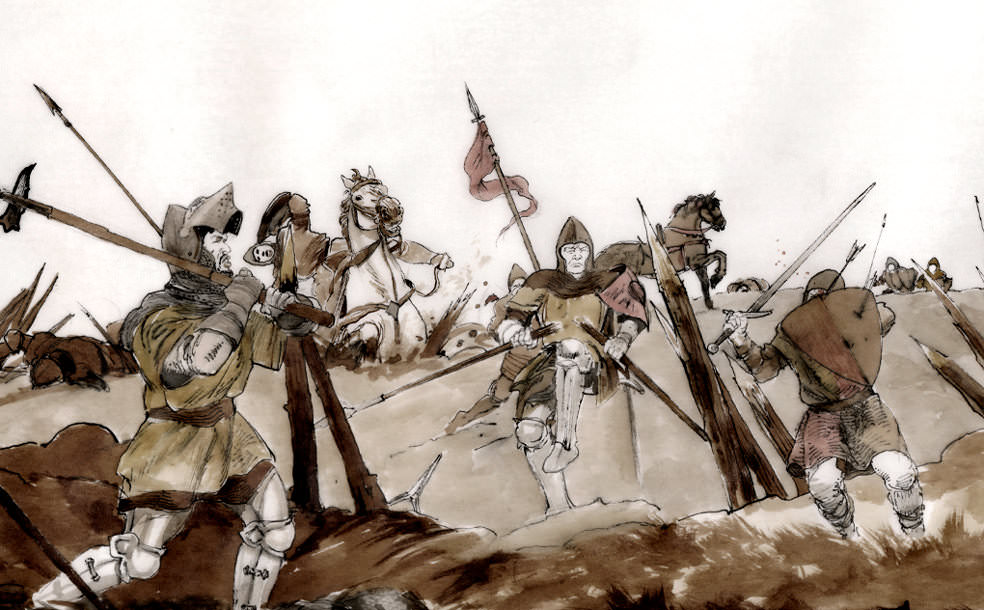 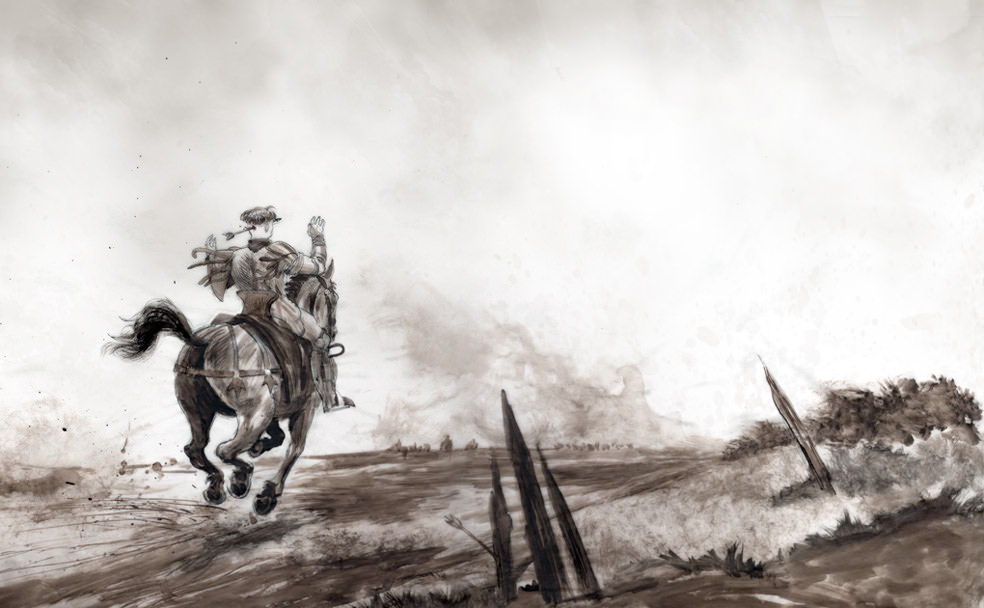 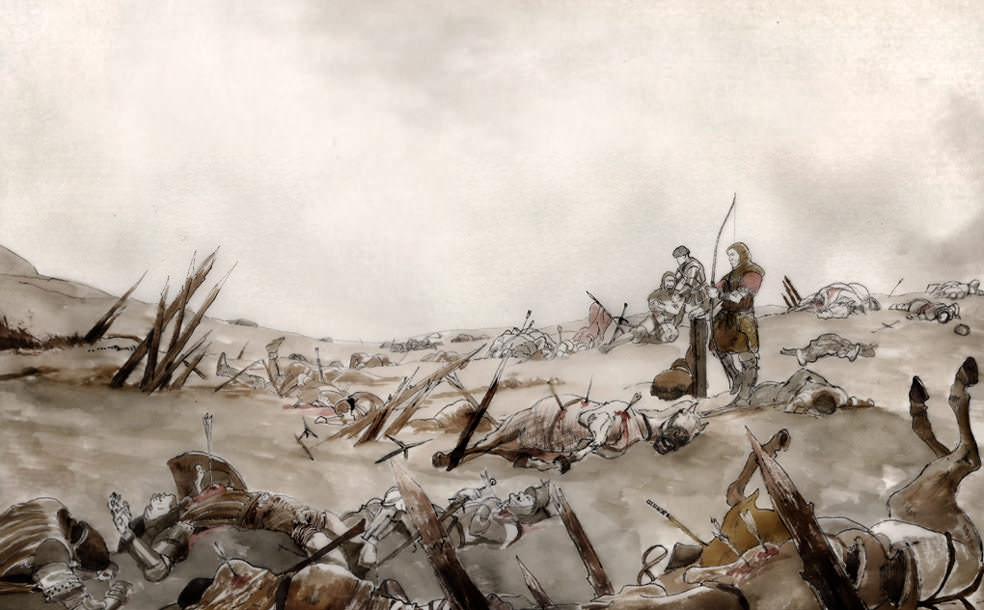 Animatics — illustrations series made for audio guides depicting the 1385 Aljubarrota battle. The sequences take the visitor through different phases of the famous Portuguese defensive battle, one of the first of its kind in Europe, exploring the trenching tactic used, troops movements and other historical aspects while interactive features draw on some of the injuries inflicted on soldiers whose remains were later found on the battlefield, studied by archeologists and visible in the interpretation centre.

If you liked this post, check the Aljubarrota battle storyboards.