Synopsis: Based on real events. London’s East End 1969. One evening, a government research establishment explodes; an event that eventually leads the two friends, Kenny (Ray Winstone) and Danny (Jack Huston), being in possession of a large lump of Uranium… They crisscross Europe to find a buyer. Accompanied by Danny’s girl, the lovely Carole. They encounter a diverse cast of bizarre characters, all trying to steal the ‘Hot Potato’, but a deal agreed inside the Vatican has the co-conspirators confounding each other. The story twists and turns to an exciting and unexpected finale.

Only two sequences were storyboarded: the action scene with cars and another scene requiring matte and special effects. Drawn directly with ink on paper, trying to keep the energy of the first draft, the second scene is just sketched roughly since no more than an outline was necessary. Click on frame center to view sequences in full screen.

Drawing the two scenes was fun.
Looking forward to seeing the movie. 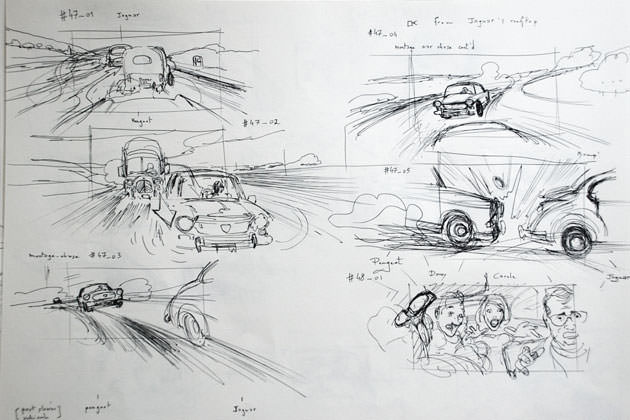 One frame from the car chase scene — storyboard cleaned 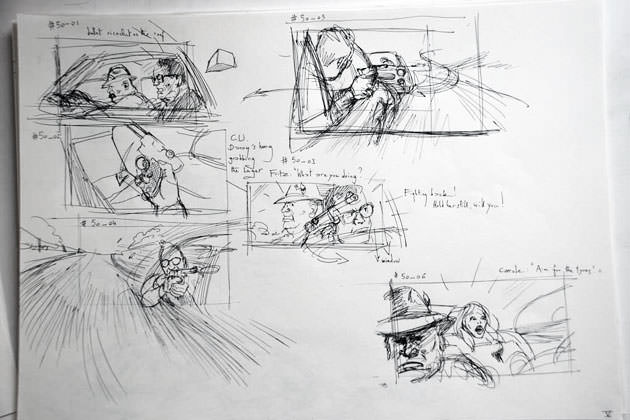 Another frame from the car chase scene 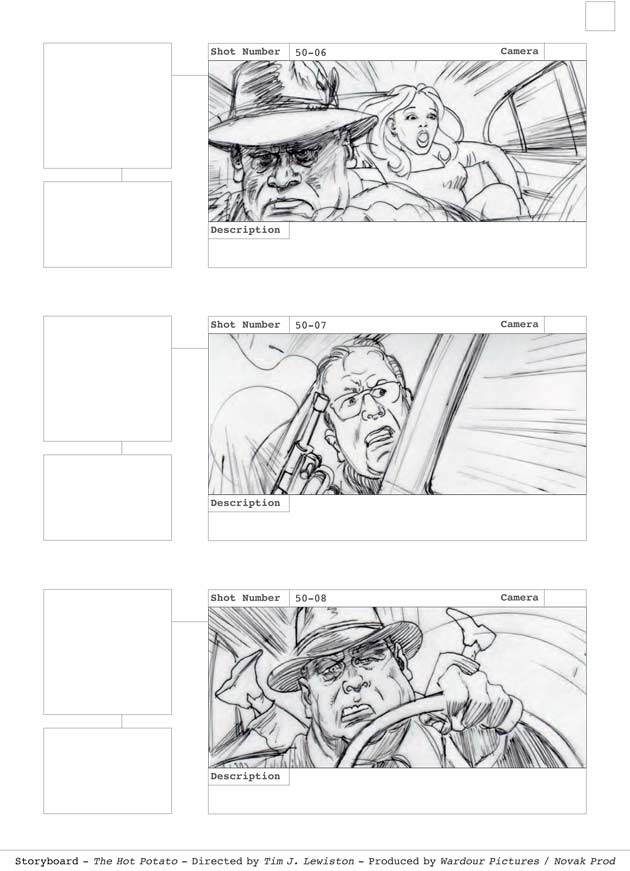