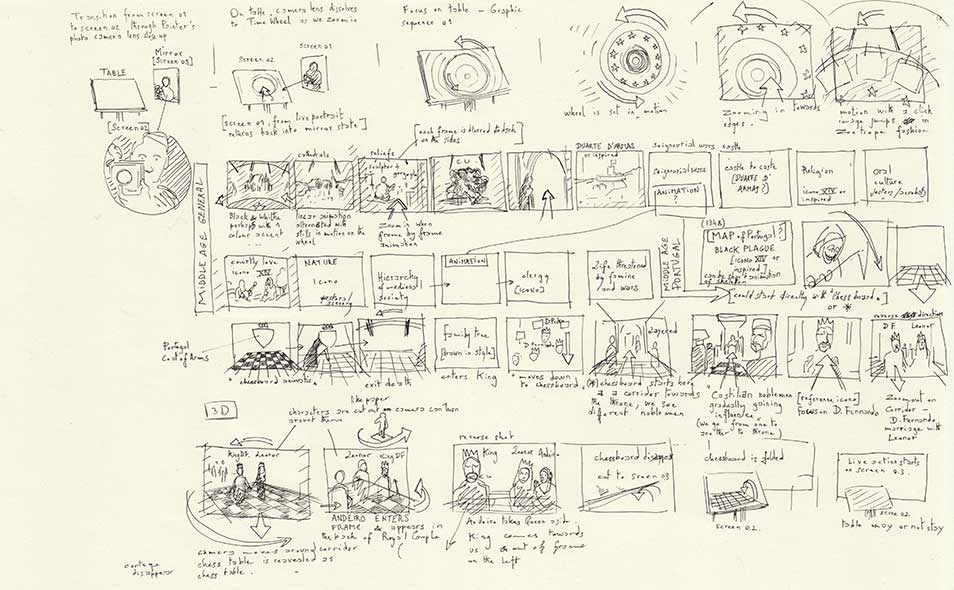 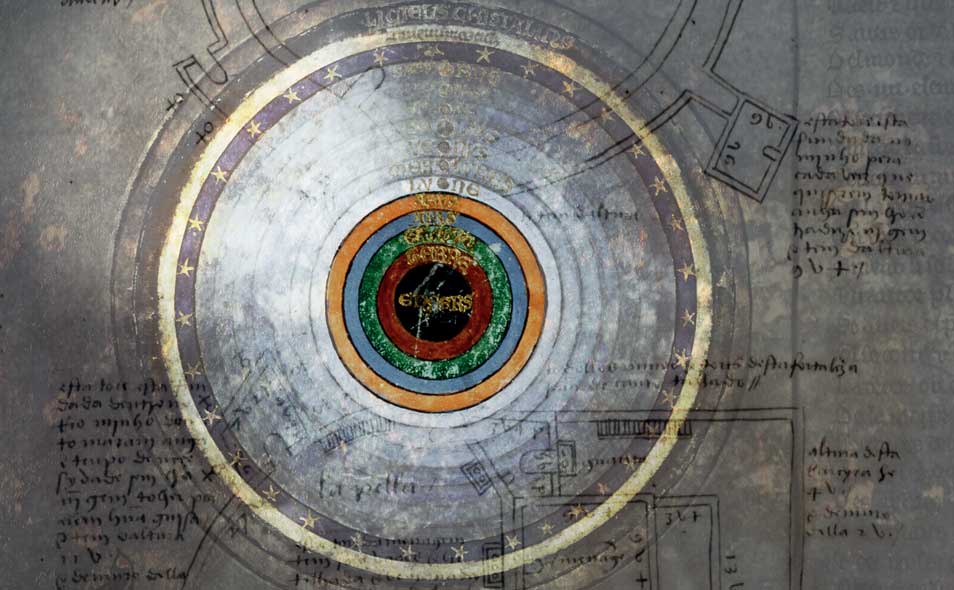 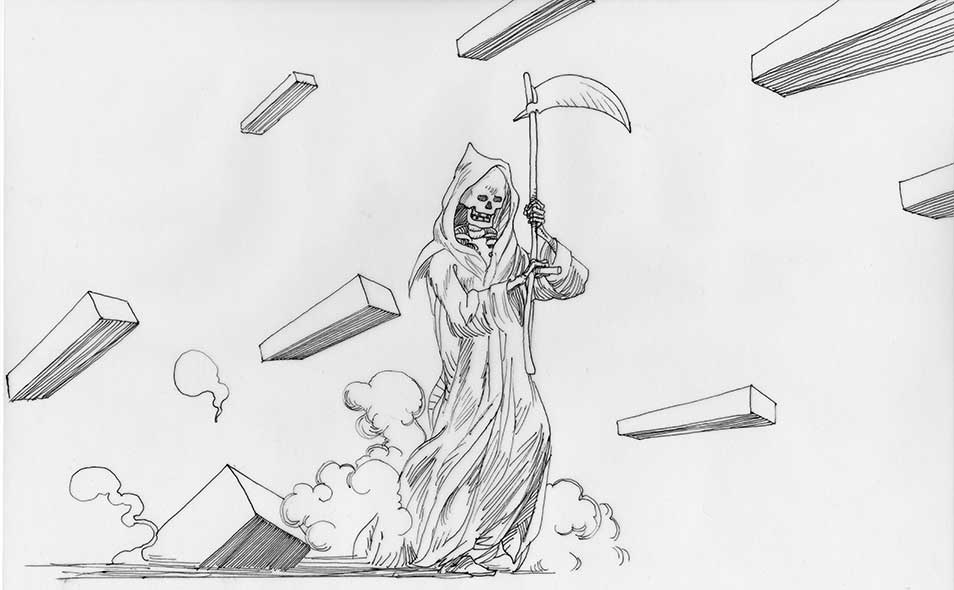 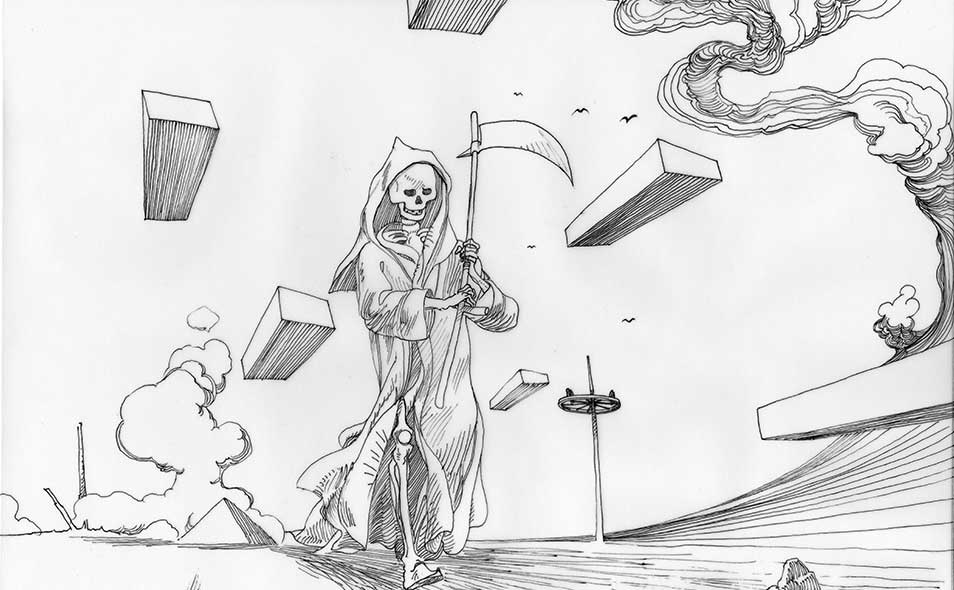 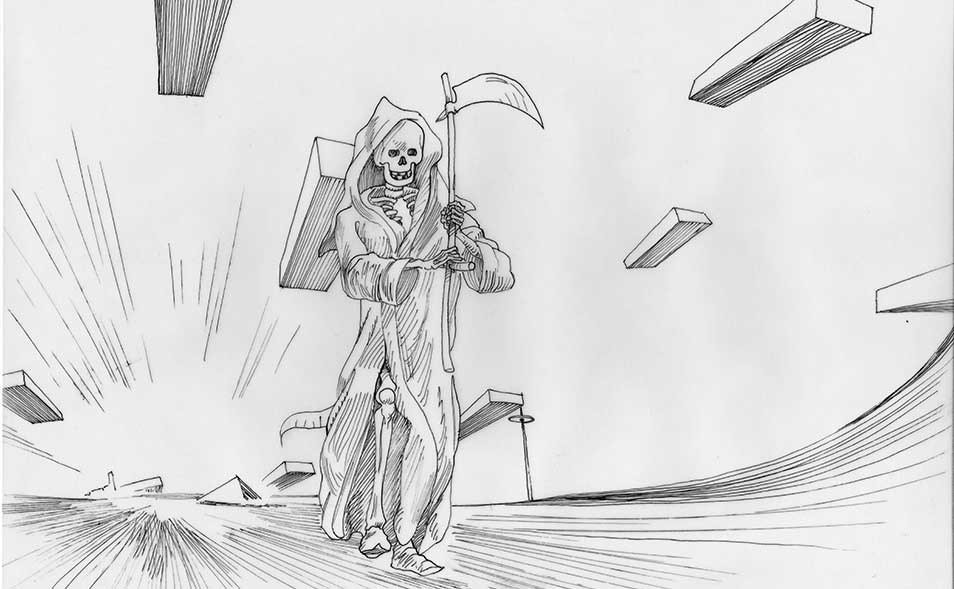 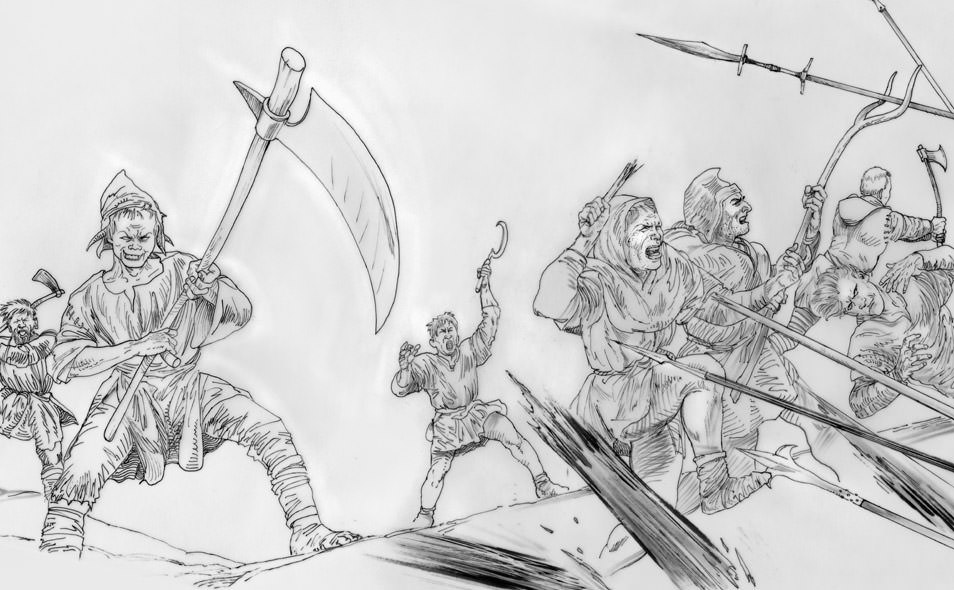 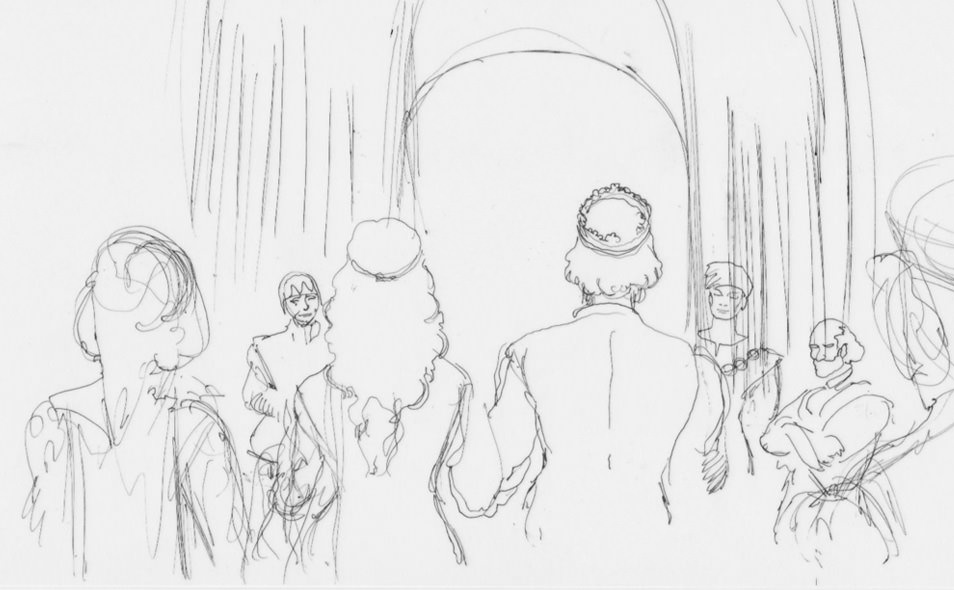 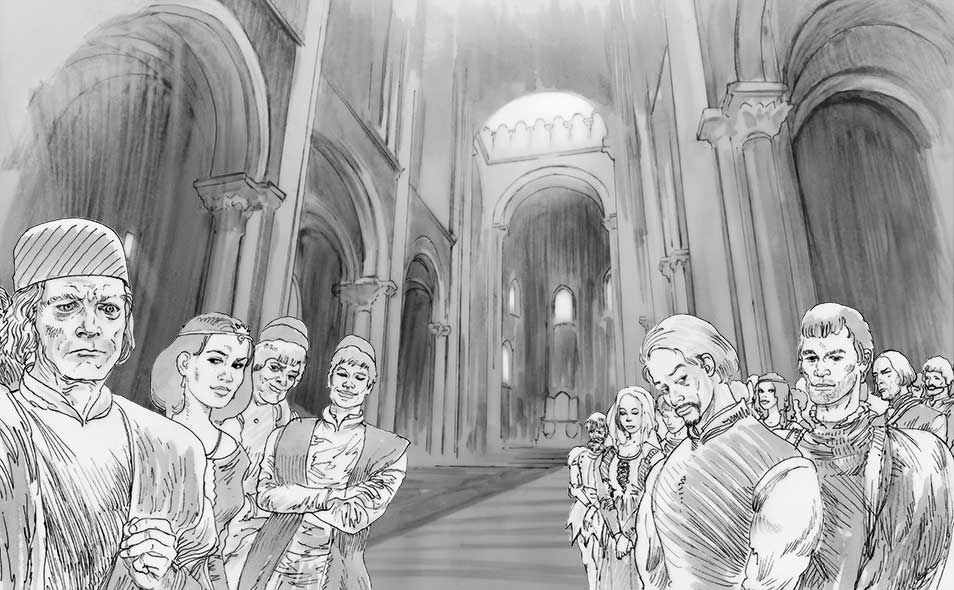 Nobility in the Cathedral of Lisbon 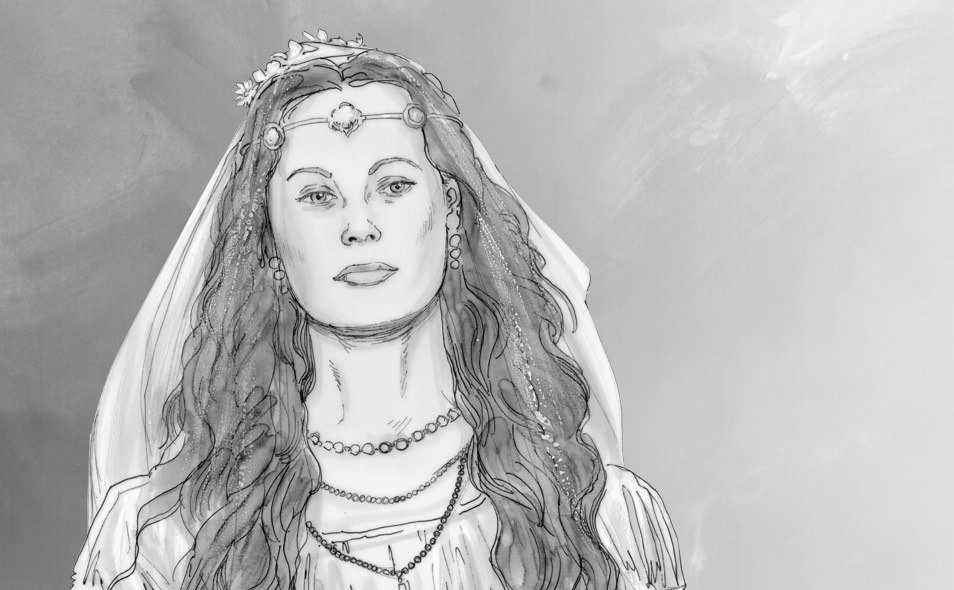 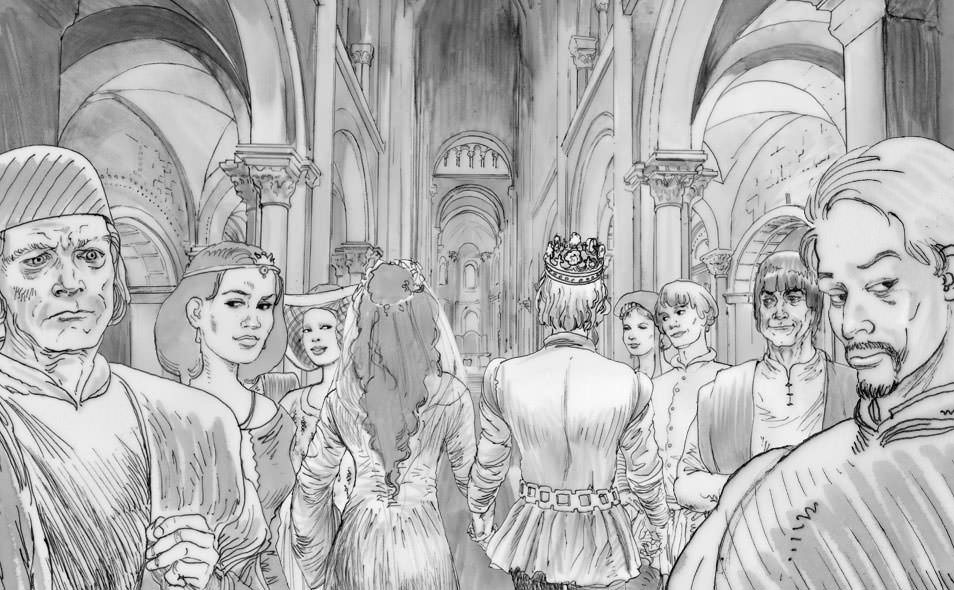 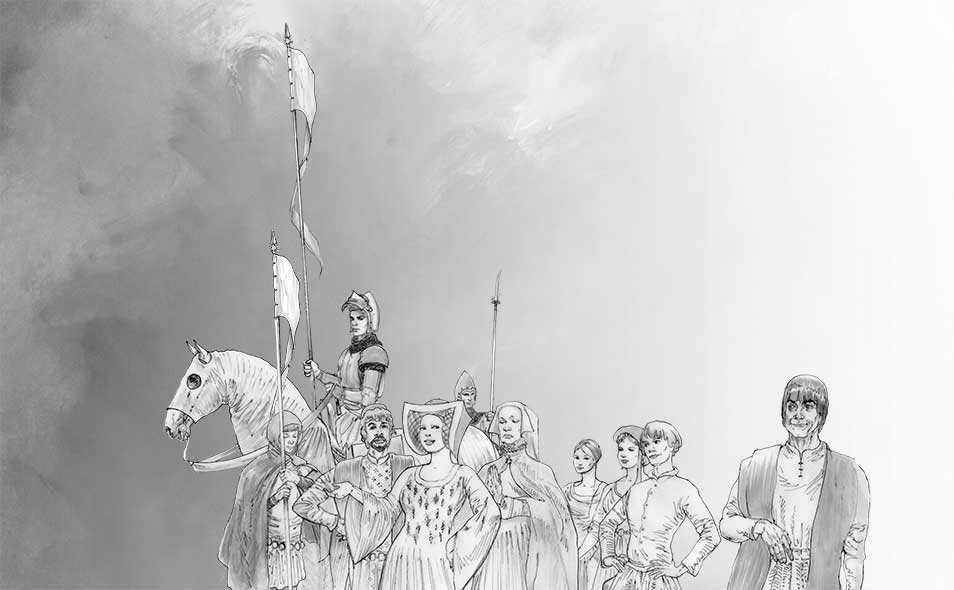 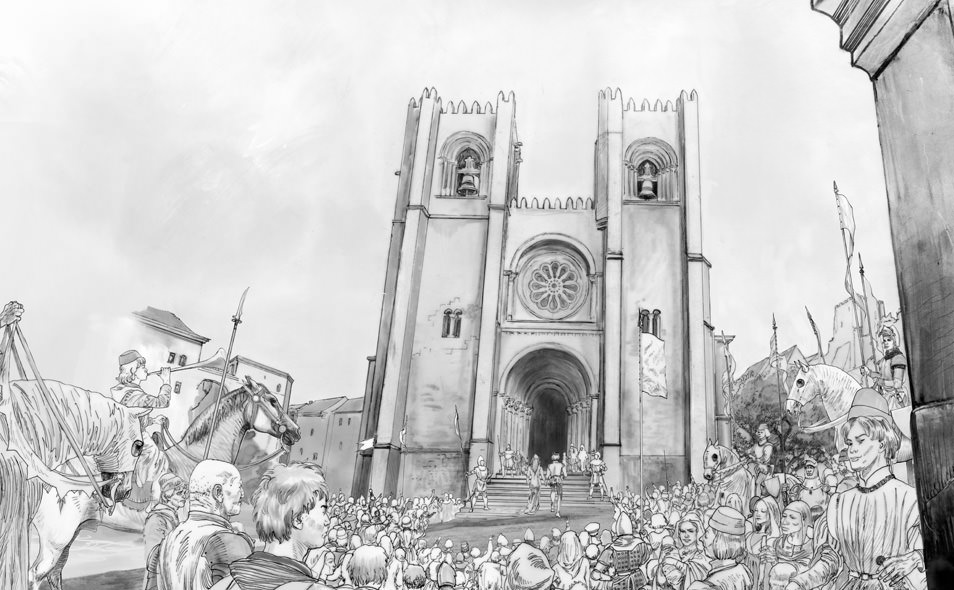 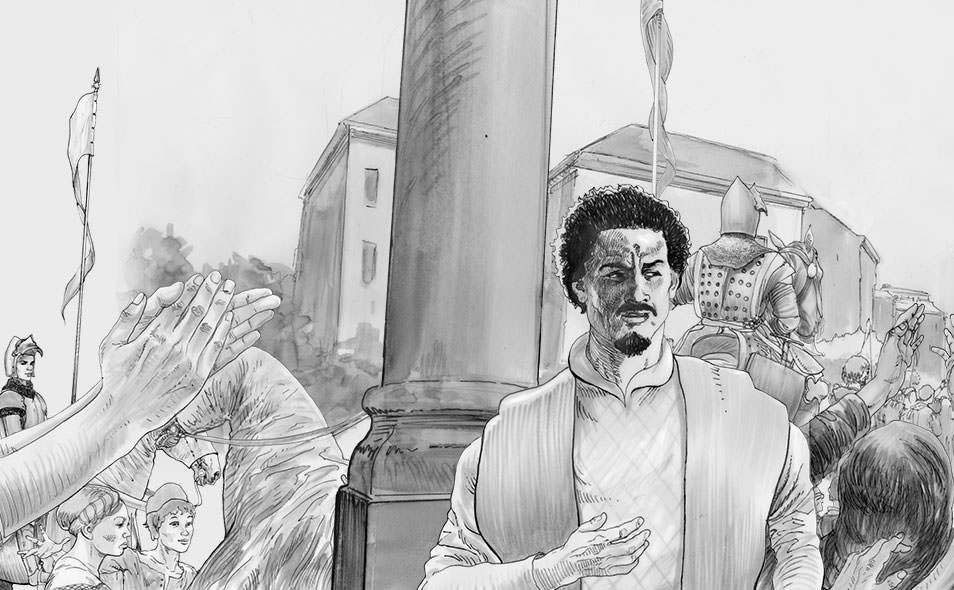 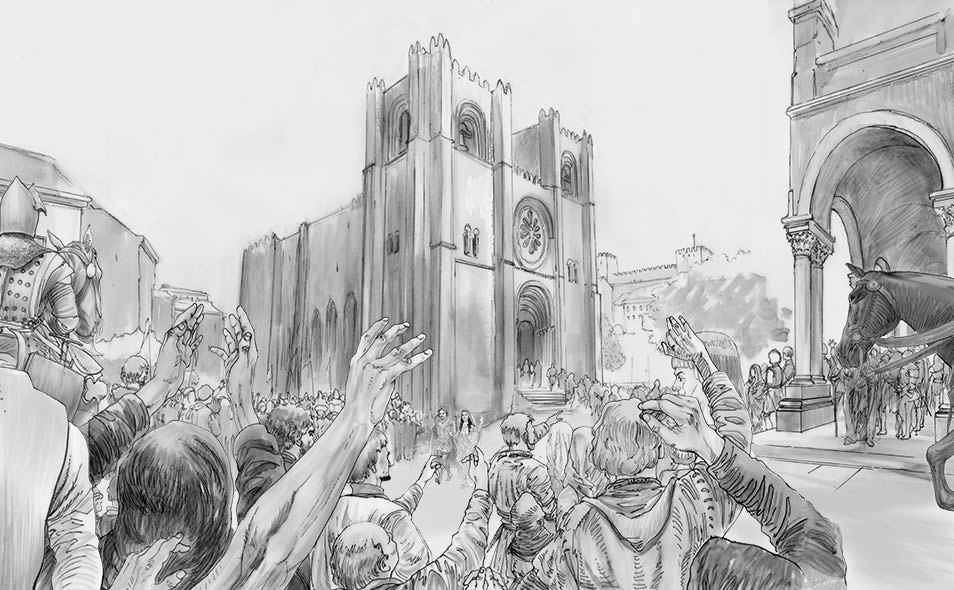 The story depicts the events surrounding the 1384 Atoleiros battle during the Portuguese Interregnum. We started with an overview of the scenes roughed in a sketchbook. This step ran in parallel with the writing phase of the adaptation. We tested mood boards in colour, mixing sketches, illuminations and voice-over to get a sense of timing. This part of the story is about the 1383-85 Crisis, and focus on the Marriage of King D. Fernando I the Handsome with Queen D. Leonor the Treacherous. It is a story of betrayal and court secrets, that portraits a kingdom at the verge of civil war.
Editing animated drawings with live footage allowed to spend more of the budget on re-enacting the battle.
Drawings are tell key moments about the political and historical context that led to the battle. The film is part of the permanent exhibition, projected on a drawing board in a reconstructed painter workshop.

The Battle of Atoleiros Interpretation Centre hosts the permanent exhibition in Fronteira, Portugal.